Regular Expressions are often used to handle all sorts of validation :

This blog post focuses on validating the last of those : Social Security Numbers and why they may be a bit deceivingly more difficult to validate than you might expect. I’ll provide a few different methods to handle the actual validation through Regular Expressions and let you determine which one might best suit your needs. 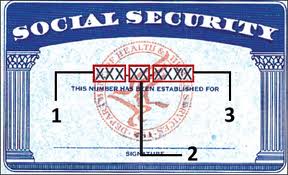 The number itself can be broken into three major components and appears in the following format (with or without dashes) :

These sections can be broken down as follows :

You may notice a great deal of past-tense within the previous descriptions. This is because on June 25th, 2011, the Social Security Administration revised their assignment process to use a system of randomization that had the following changes :

The previously mentioned "randomization act" made it significantly easier to use a mechanism such as a Regular Expression to handle validating Social Security Numbers. Since you no longer would have to worry about the highest group number and area number that had been assigned.

However, you still can't just go throwing any values into there and expecting it to be valid as the Social Security Administration still has a few Social Security Numbers that are explicitly "off limits" as mentioned below.

Given those rules, let’s go over a few different methods for validation using Regular Expressions that range in severity and logic.

This method is about as straight-forward as possible and surprisingly it will actually validate every single possible Social Security Number out there, but the problem is that many of the values that it would accept aren't even valid values. Let's look at a simple break-down of this expression :

This doesn't take into consideration any of the previously suggested rules and exceptions that were mentioned above, but it does function to ensure that the number is in the proper format.

While this may not look very fun at all, it will validate any valid Social Security Number as per the constraints (and exceptions) listed by the Social Security Administration. Let’s break this one down to see what is going on :

This should work for just about all major cases that you want to validate for when dealing with regular expressions.

This is an expression that I wrote that would slightly elaborate a bit more on the previous example and would handle some commonly encountered “fake” values or ones that might easily be forged in an area that might require a user to enter to enter one.

Let’s break this one down :

This expression will not allow a Social Security Number that :

It's important to keep in mind that although this expression will help foil possible fraudulent attempts, it is a bit over-the-top and will actually consider some valid values (like 123-45-6789) to be invalid. Use your best judgement to determine if this is a viable option for you and your business needs.

You can see this expression in action below :

If you truly need a reliable method of handling Social Security Number validation, the Social Security Administration offers a service that will properly validate a number for you, however it may not always be free or very quick. You can visit the following page for more information on using the services they provide :

You can find an interactive page with the three examples that were mentioned in this post below through JSBin :

You can also access a .NET-specific version of these examples (both with implementations in C# and Javascript) from the following repository on GitHub: